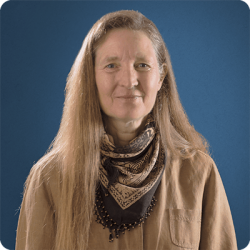 Author of The Abacus and the Cross: The Story of the Pope Who Brought the Light of Science to the Dark Ages

Author of The Abacus and the Cross: The Story of the Pope Who Brought the Light of Science to the Dark Ages

Nancy Marie Brown’s books combine science and history, medieval literature and modern archaeology, myths and facts. They ask, What have we overlooked? What have we forgotten? Whose history must not be lost?

She is the author of the nonfiction books Ivory Vikings: The Mystery of the Most Famous Chessmen in the World and the Woman Who Made Them (2015), Song of the Vikings: Snorri and the Making of Norse Myths (2012), The Abacus and the Cross: The Story of the Pope Who Brought the Light of Science to the Dark Ages (2010), and The Far Traveler: Voyages of a Viking Woman (2007), as well as its companion novel, The Saga of Gudrid the Far-Traveler (2015), A Good Horse Has No Color: Searching Iceland for the Perfect Horse (2001), and the forthcoming The Real Valkyrie: The Hidden History of Viking Warrior Women (2021).

For 20 years she worked as a science writer and editor for Research/Penn State, an award-winning magazine published by Penn State University. She holds a B.A. in English (Writing Option) and an M.A. in Comparative Literature (with emphases in Arthurian Romance and Icelandic Saga), both from the Penn State. She turned to writing books full time in 2003, moving to a farm in northern Vermont where she and her husband, author Charles Fergus, keep four Icelandic horses and an Icelandic sheepdog. She spends part of each summer in Iceland, offering history and horseback tours in collaboration with the company Hestaland.