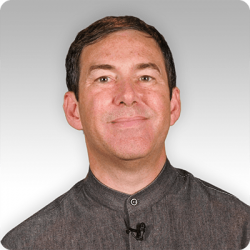 A specialist in the history of early Christianity, Professor Penn’s research focuses on middle eastern Christians who wrote in the Aramaic dialect of Syriac.

In 2015 he published two books on Christian-Muslim relations: Envisioning Islam: Syriac Christians in the Early Muslim World (University of Pennsylvania Press) and When Christians First Met Muslims: A Source Book of the Earliest Syriac Writings on Islam (University of California Press). For these and other projects Professor Penn has received awards from the John Simon Guggenheim Foundation, the American Council for Learned Societies, the National Endowment for the Humanities, the National Humanities Center, the Institute for the Study of the Ancient World, the British Academy, the American Philosophical Association, the American Academy of Religion, and the Wabash Center for Teaching and Learning.