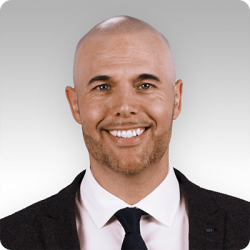 He focused on matters of desegregation, employment-to-population ratio, egalitarianism and emancipation. Before he went to parliament he was a City Councilor (March 2006 – July 2009) and worked as a Social Affairs and Education Policy officer.

From 24 March 2011 until 11 June 2014 he also was a member of the States-Provincial of Flevoland. He became well-known for anti-Muslim comments. In October 2018 he converted to Islam halfway through writing an anti-Islam book. After becoming a Muslim, he decided to rededicate his book to his search for religiosity and the subsequent conversion to Islam.

He recently founded the Anthony Janszoon Association. This organization tries to restore the often incorrect image of Islam in the West.