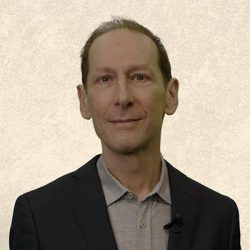 Jonathan Lyons, sociologist and intellectual historian, is the author of three well-received works of narrative non-fiction, including The House of Wisdom: How the Arabs Transformed Western Civilization (Bloomsbury Press, 2009), which has appeared in a dozen foreign editions. His academic writing includes Islam through Western Eyes: From the Crusades to the War on Terrorism (Columbia University Press, 2012) and contributions to The Oxford Encyclopedia of  Philosophy, Science, and Technology in Islam and other edited volumes. Both his trade and academic work share a common thread: the search for the social bases of human thought and the accompanying consequences for our understanding of the world.

Lyons has a doctorate in sociology from Monash University, Melbourne, Australia, and an undergraduate degree from Wesleyan University. Before turning to writing full time in 2007, Lyons served for 21 years as a foreign correspondent, bureau chief, and editor with Reuters news agency, with postings in Moscow, Istanbul, Tehran, Washington, and Jakarta. He lives in British Columbias, Canada, with his wife Michelle Johnson and their dog Ziggy Stardust.