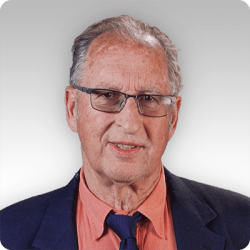 Author and Co-Founder of the Abd El-Kader Project

Author and Co-Founder of the Abd El-Kader Project

John Kiser is the author of five books, all of a rather contrarian flavor, including Communist Entrepreneurs: Unknown Innovators, The Monks of Tibhirine: Faith Love and Terror in Algeria. His most recent book, Commander of the Faithful: A Story of True Jihad, his third book of an Abrahamic trilogy that began in 1998 with Stefan Zweig: Death of a Modern Man. These three books have a common thread, exploring the long standing love hate relationship between France and Algeria. The stories provide a taste of what could happen in the USA if our social attitudes and policies abroad are dominated by fear, ignorance and loathing. The protagonists are heroes of faith, representing the best in our traditions and a counter to the murderous influence of ISIL-Islam today and its past equivalents among Christians.

Commander of the Faithful ultimately spawned The Abd El Kader Education Project, a growing worldwide movement, started in El Kader, Iowa. The goal of the project is to restore the historical memory of this remarkable man, whose message is timeless. In our current political climate, it is more important than ever to build a counter narrative to balance the almost exclusively negative images of Muslims presented by the media. Using the life of Emir Abd El Kader as a vehicle, the Project promotes cultural literacy, civility and respectful engagement in an increasingly polarized political and religious climate.

Mr. Kiser is a former international technology broker. He has and M.A. from Columbia University in European History and an MBA from the University of Chicago. He lives in Virginia with his family.