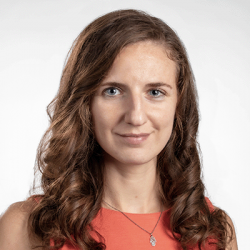 Ayla Amon is the Curator of Political and Cultural History at the North Carolina Museum of History. Previously, she was an Assistant Curator at the National Museum of African American History and Culture where she worked on the Slavery and Freedom exhibition. She has also worked at the Cleveland Museum of Art, the Art Institute of Chicago, the Walters Art Museum, and the Tangier American Legation. In addition, she teaches at UNC Greensboro, offering classes in African Islam, Islam in America, and the social and political place of monuments in the public sphere.

Ayla studies African Islam and its diasporas, with a focus on enslaved African Muslims in the United States. She is very interested in the afterlives of slavery, including how cultural traditions are passed down among generations. Ayla has written and lectured widely on enslaved African Muslims and American Islam, including a chapter in the volume Challenging History: Race, Equity, and the Practice of Public History (University of South Carolina Press, 2021). She also writes about African American history, and she was part of the New York Times’s 1619 Project as well as a consultant for the recent opera Omar, written by Rhiannon Giddens and Mike Abels.