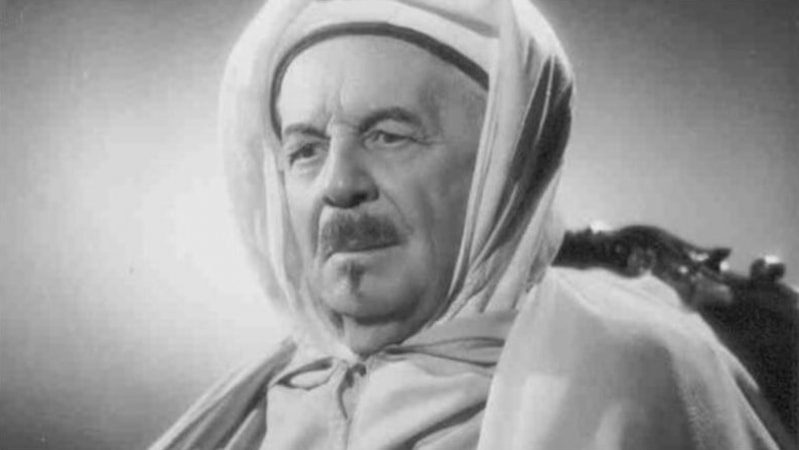 The heroic example of how Si Kaddour Benghabrit or  Abdelqader Ben Ghabrit (1868-1954) sheltered Jews in the Grande Mosque de Paris during the Nazi occupation of France in World War II cannot be easily dismissed. Along with the congregation of the mosque in Paris, which he founded, Imam Benghabrit led a clandestine effort that offered protection, shelter, and travel assistance to about 1,700 French Jews after the Nazis and the Vichy government began targeting the community for deportation to Auschwitz.

In 1926, the French had built the Grande Mosque de Paris to represent the unbreakable friendship between France and Islam, and as a token of gratitude to the more than 500,000 Muslim North Africans who fought against Germany in World War I; 100,000 of them perished during the war. Benghabrit served as the Imam, or rector, of the mosque and continued in that role during World War II. A sophisticated diplomat who wrote books and appreciated high culture, including the musical traditions of his time, Benghabrit would become Europe’s most influential Arab.

After the German Nazis conquered France, the Grande Mosque de Paris sheltered resistance fighters and North African escapees from German prison camps. The majority of the North African immigrants in the mosque were Berber Algerians. Since Benghabrit had three nationalities—Algerian,  Moroccan, and French—he was able to communicate easily in many contexts and often in undetectable manners by the authorities.

When the Nazis targeted the Jews, Benghabrit devised a strategy that provided short-term sanctuary and escape from occupied Paris. His community sheltered about 1,700 Jews in the mosque and in surrounding apartments, and if German or French police came to the mosque, he directed the Jewish fugitives to the women’s prayer area, where men were not permitted. He forged birth certificates and conversion papers to cloak Jews as Muslims. Members of the mosque also led an effort to smuggle the Jews out of Paris through a network of tunnels under the mosque and, eventually, aboard wine barges operated by North African Berbers on the Seine River. Despite Benghabrit being viewed suspiciously by the German Gestapo, and being interrogated and threatened, he was never arrested.

Perhaps Benghabrit’s most widely remembered words are those he wrote after a police raid on July 16, 1942 in Paris which captured 13,000 Jews, including 4,000 children, who were sent to their death at Auschwitz. He wrote the following words, which were read throughout immigrant hostels in Paris the very next day: “Yesterday at dawn, the Jews of Paris were arrested. The old, the women, and the children. In exile like ourselves, workers like ourselves. They are our brothers. Their children are like our own children. The one who encounters one of his children must give that child shelter and protection for as long as misfortune—or sorrow— lasts.”